Yes, you read that right! Our family is fostering a puppy. And, the experience has been amazing. I’ve gotten a lot of messages on Instagram about this, so I thought I’d share all the details…

I’ve been a dog lover my whole life. But, after we lost our family dog last May, I refused to even think about getting another dog, for two reasons. When she passed, the kids were 7, 4 & 2 at the time, and I couldn’t handle anything else. The other was–I just wasn’t ready. She had been really sick for quite awhile, and the whole thing was a bit raw. I decided to put off thinking about it over the winter.

Why Fostering a Puppy?

How did fostering a puppy come about? I started scrolling through rescue organizations in my area, (Chicago suburbs), around the beginning of March. For me, the ideal time to get a new pup is in the spring. Living in Chicago, with small children, this gives you a solid amount of time to be outside, potty train, walk and acclimate your new friend. But, I still wasn’t *sure* we were ready for a dog.

As you know, once you start looking for something…or even think about it, Facebook reads your mind, and the pushed content begins. I happened upon the facebook page for Chicagoland Dog Rescue, and I was smitten with the foster pups they had up on the site. Fostering a puppy suddenly sounded like a good way to give a much-needed safe place for a pup, while also testing out whether our family was ready for a furry addition.

I DM’d the facebook page, getting an immediate response. The puppies on the site were all being cared for, but they had a couple litters of puppies that would be ready for foster homes in a couple weeks. If I was interested in fostering a puppy, I just had to fill out a form to foster. And, someone would be in contact in the next couple of weeks. Why not?

Sitting at my computer a couple weeks later, I received emails from one of the coordinators. Emails with pictures attached. Pictures. I was going to have the chance to choose the puppy we would provide a home for. So, they basically set you up to be a “foster fail” from the beginning–I was already in love with Koko. The date was set. We were lined up to foster Koko. 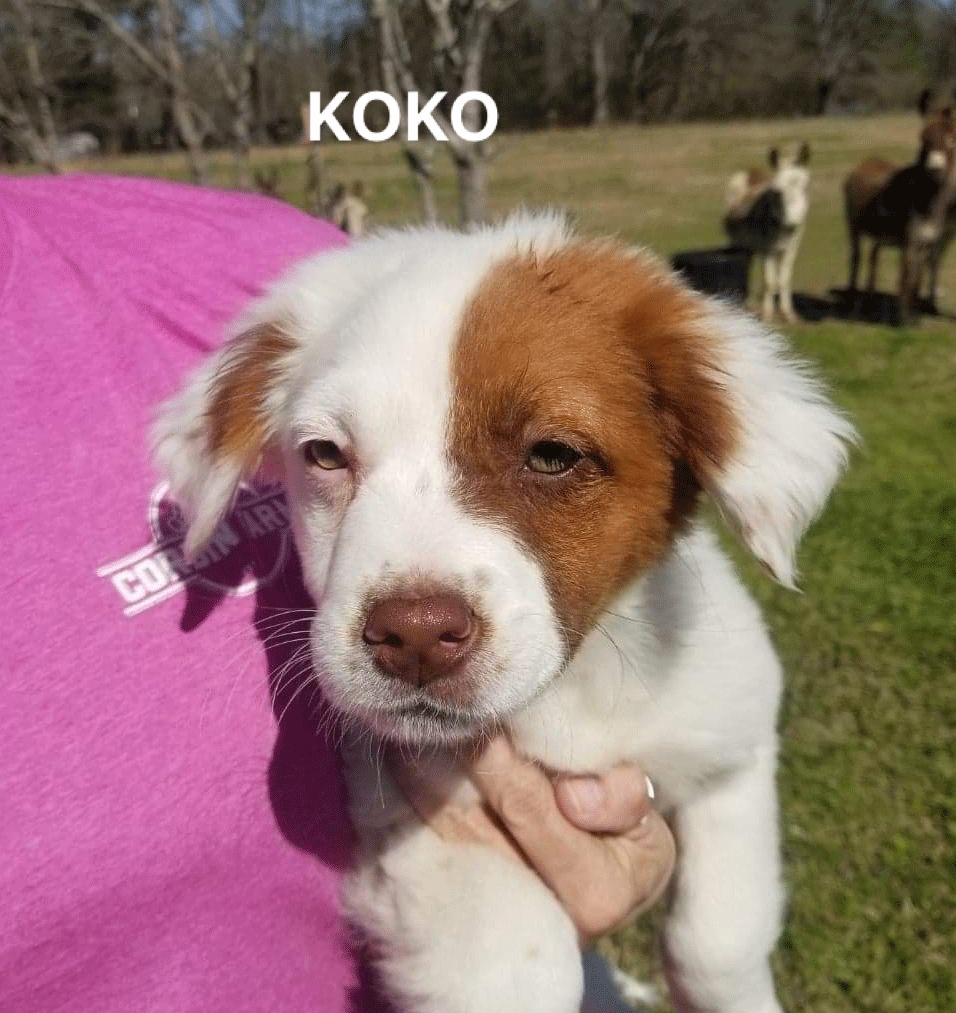 Over the next three weeks, I was thrilled to experience the amazing organization of this dog rescue. They have everything detailed out, steps to follow, plans in place. Questions were always answered almost immediately, whatever we requested, we were supplied with. We were even able to pick up everything prior to bringing Koko home, so we could be ready. Crate, food, leash, toys, treats…it was all waiting for us to pick up.

I ordered a pet bed from amazon to put in the crate, some additional chew toys, and a quick release puppy collar…just in case the one she came with was getting too small, or in need of a good cleaning. We were also supposed to be prepared to give the pup a bath once we got home, so I made sure to have one that would be safe for puppies.

The kids were so excited. They couldn’t wait. Revi was running in circles when she woke up, singing a song she made up, “Today is Koko Day!” I spent the whole morning yelling at my family to pick up their stuff, saying things like, “We are going to have a dog in this house–everything on the floor will get chewed up–pick up your shoes!”

We showed up at the Schaumberg Petco parking lot. This is where CDR normally holds their Saturday adoption events, when the state is not under shelter-in-place orders. We waited for the van of puppies to arrive. The organization has a strict “no paws on the ground” order, keeping everyone safe and healthy. You just get your puppy & their dog tag, and you go. The dog tag has the coordinator’s name and phone number, just in case the pup gets lost during foster care.

The van arrived. The pups were taken off, on at a time by the ladies in charge, and names were called. Koko was one of the first called. I wrapped her in the towel I brought and headed back to the car. She snuggled up to me the whole way home. They tell you to expect a range of behaviors, as the dogs have traveled, and being in a new home is scary, exciting and unknown. Some are groggy. Others are hyper. Koko just wanted to snuggle. 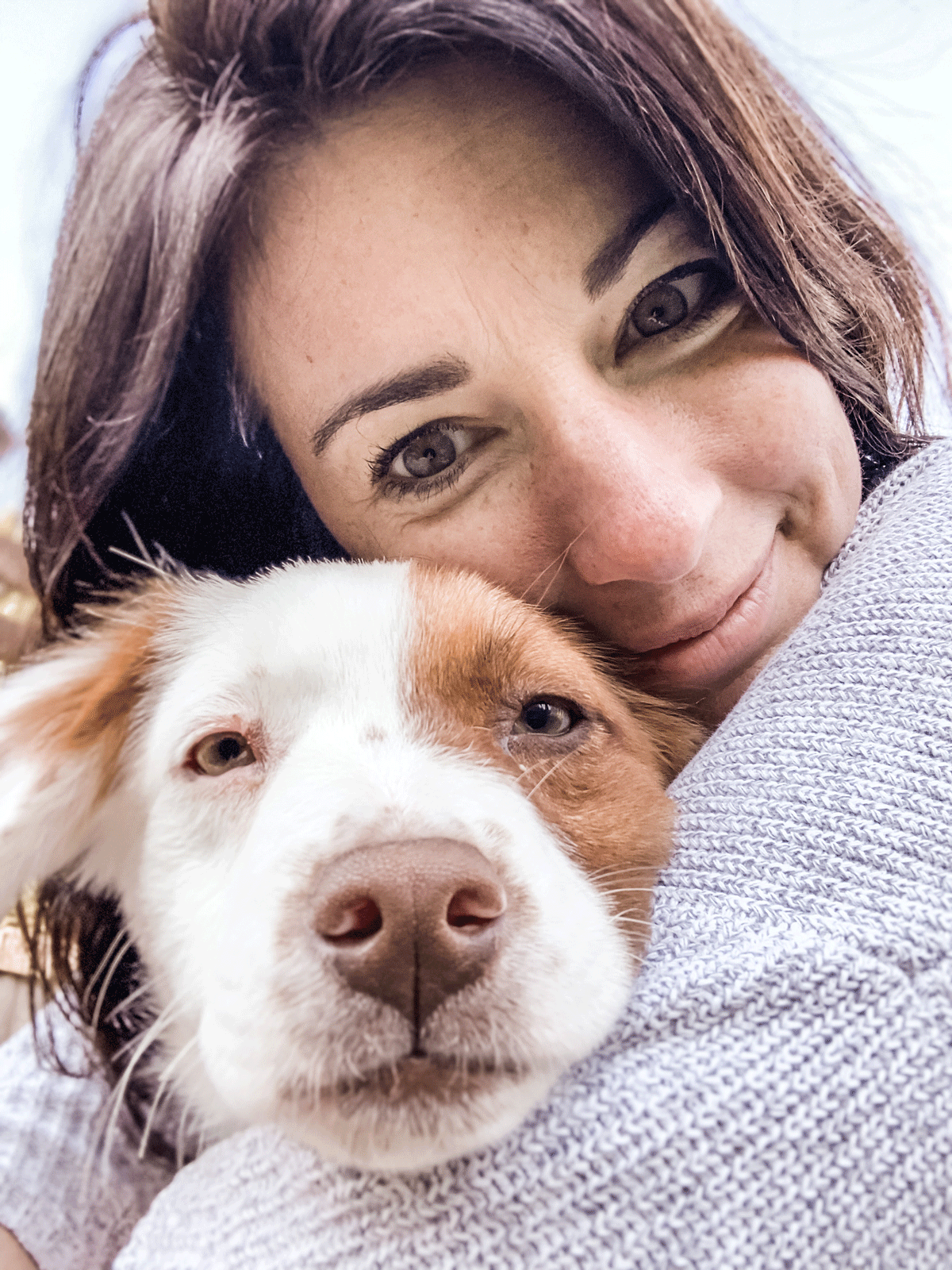 She was hungry and thirsty. These Nylabones are one of her favorites, and it’s a bit nostalgic, as these had been Sophia’s favorites years before.

The first day was spent just acclimating. She was getting used to us. We were getting used to her. Lucky for us, we have a fenced in yard, and the weather was beautiful. 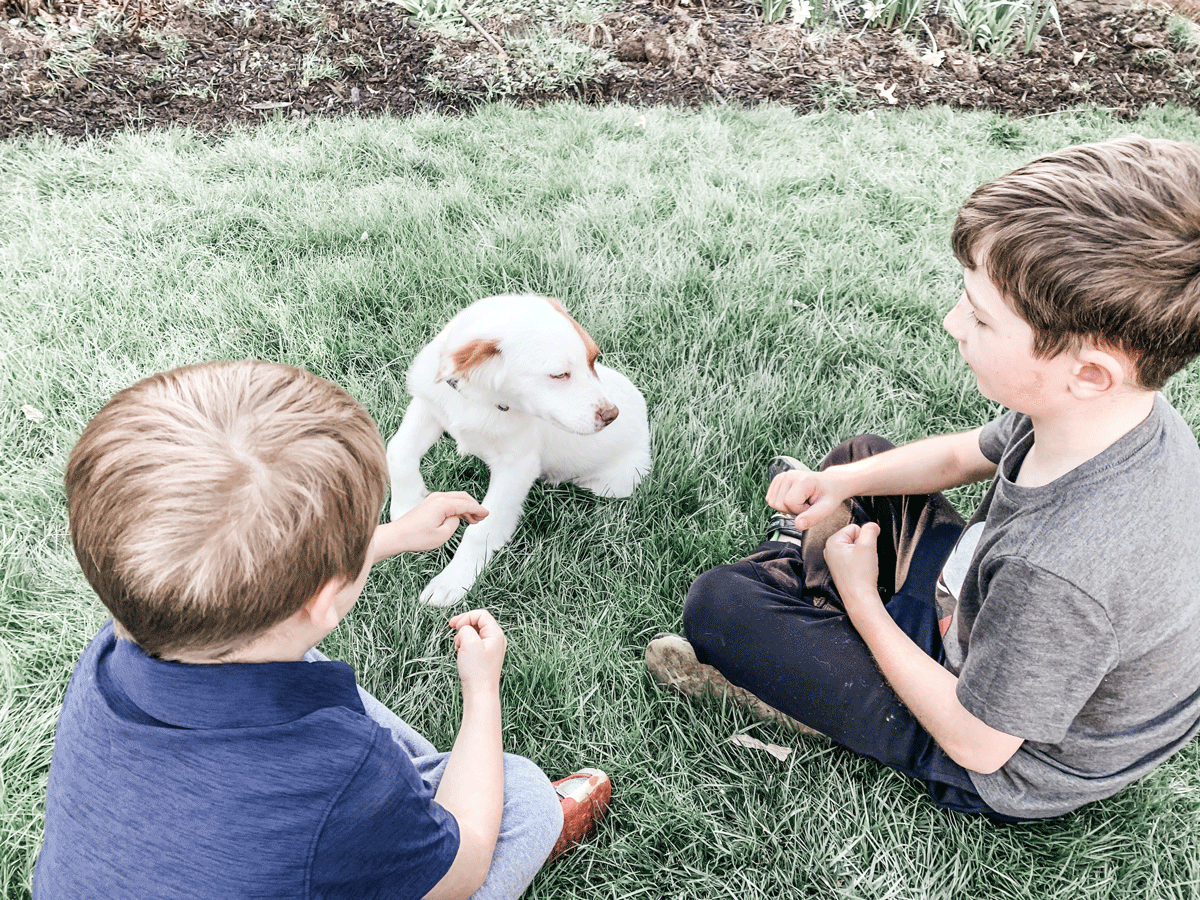 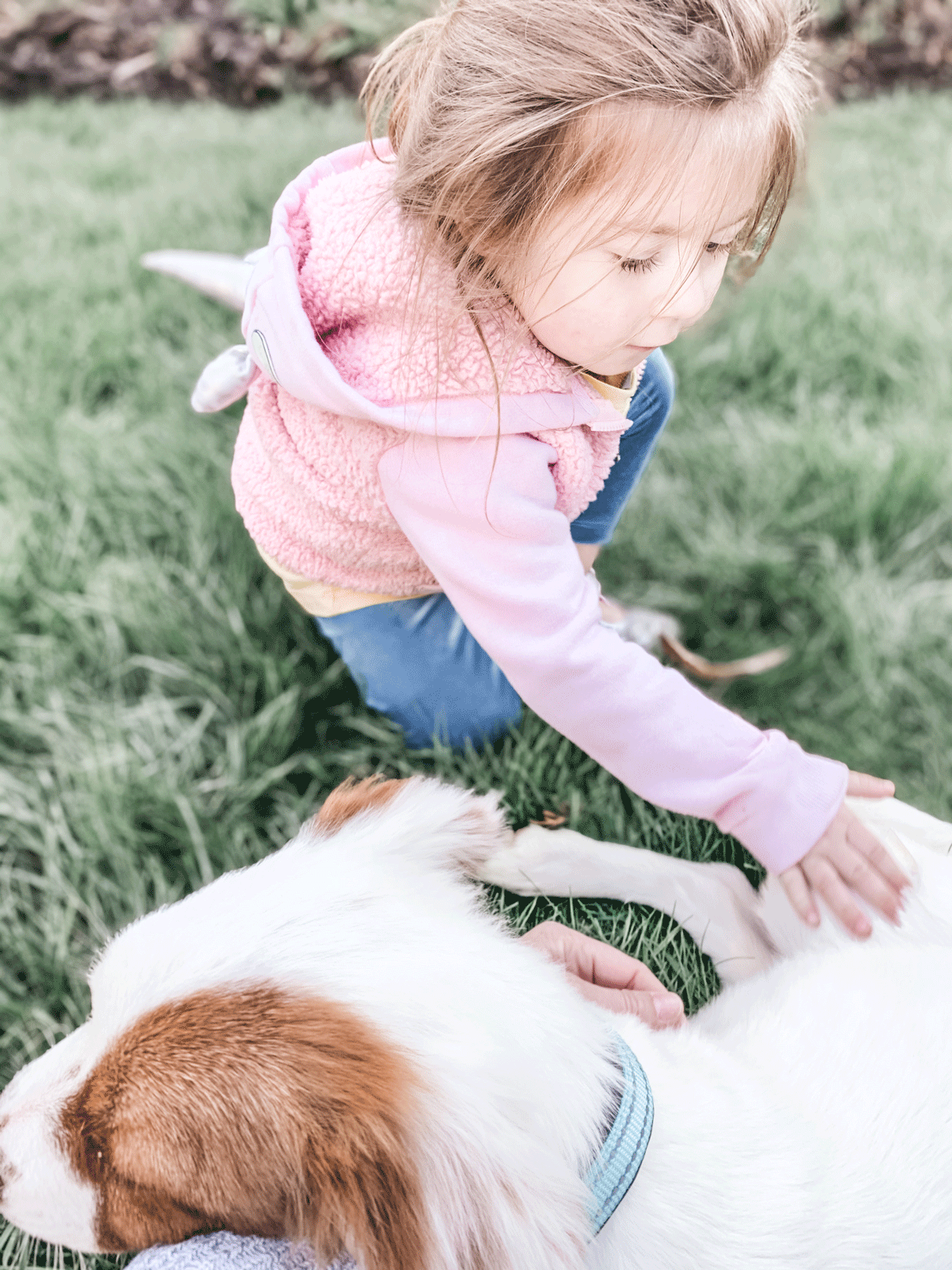 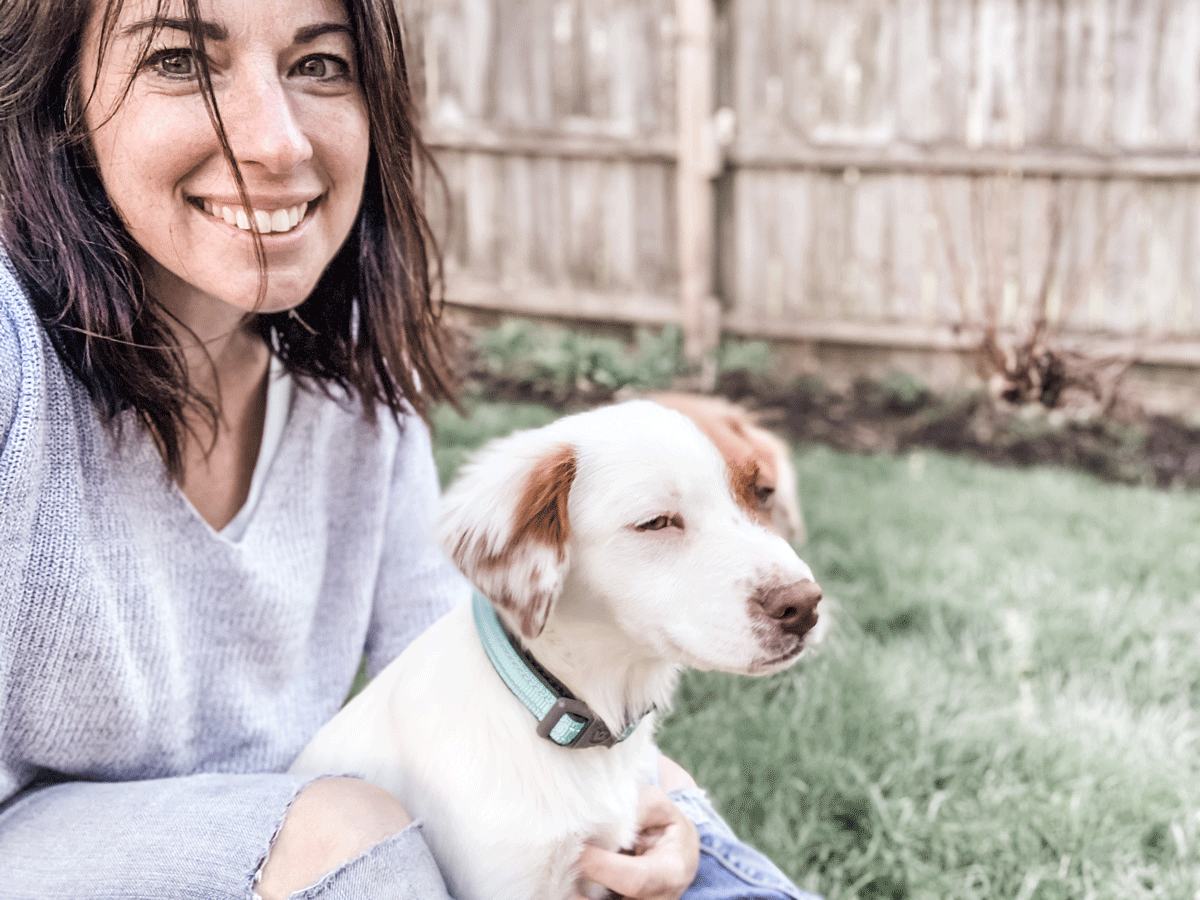 Fostering a puppy through CDR means they are vaccinated for the first year. You have to take them to the vet. They get heart worm meds, flea and tick meds, required shots and an exam. Spaying/Neutering is part of the deal, but Koko is not quite old enough for that yet.

After she is vetted with her next set of boosters, she will be available for people to adopt. In order to do so, an application is available on their site. And, appointments can be scheduled to meet her.

Except, she has already been adopted. She found her fur-ever home right here. So, I guess you could say fostering a puppy wasn’t quite right for us. But, it’s a happy ending nonetheless. 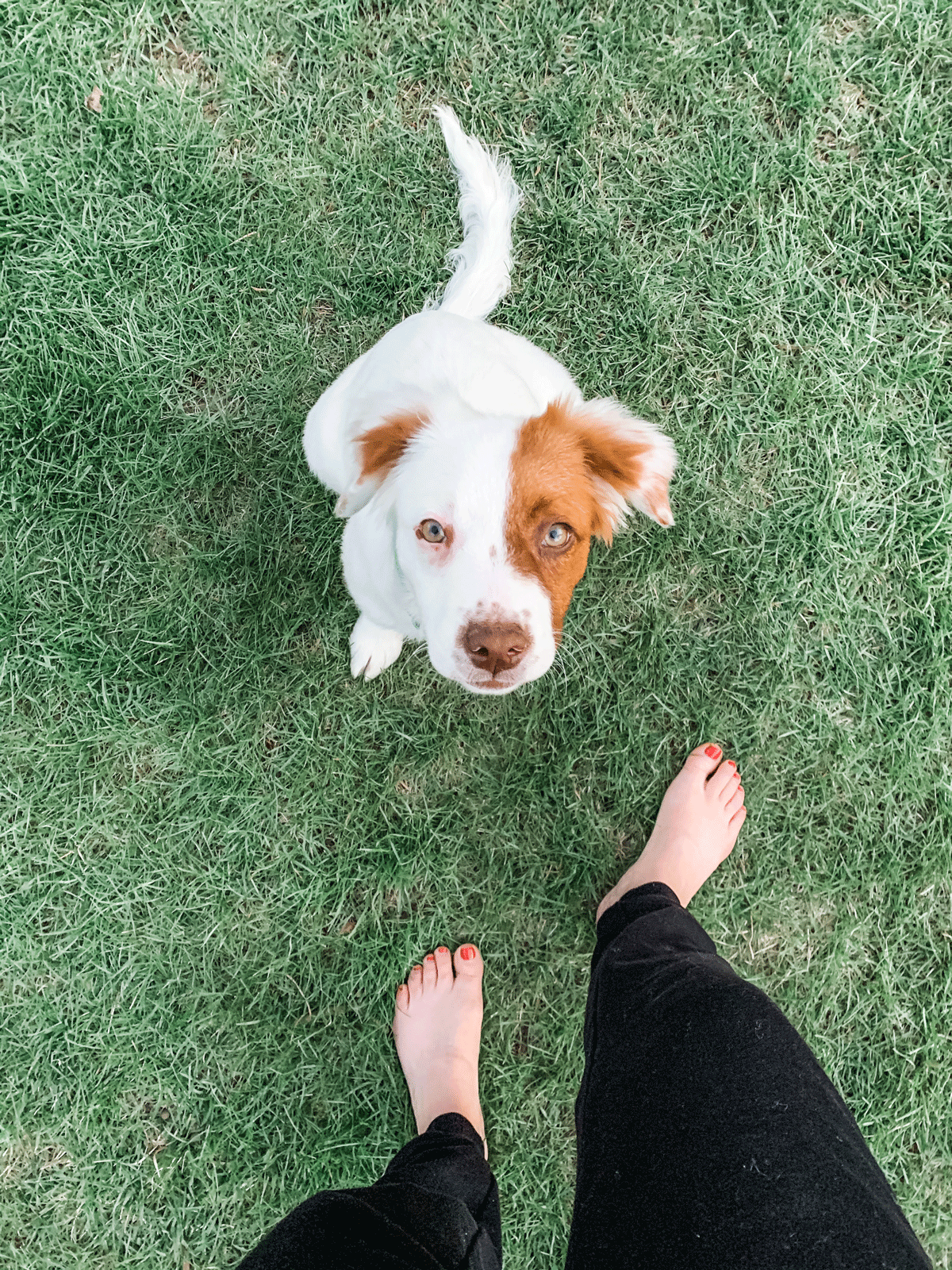 The Life Lessons of Baseball

The Wizarding World of Harry Potter: A “Must Do” List