Because it’s Cinco de Mayo, I couldn’t help but share the guacamole recipe that we love. My husband introduced me to this when we started dating, and Taco Tuesday has never been the same. And, while it’s a family favorite, I’ve given this recipe out so many times over text message, that now I can just share a link. Done and done!

Juice of One Lime

*Most people love this, but I always consider cilantro optional, since I won’t chop it because it smells like soap. Anyone else? This is a certifiable scientific finding! But, I’m one of the lucky ones that can eat it. So, the rule in our house is, if you chop it, I’ll eat it 🙂

Now, if you want to see more of how this guacamole recipe is put together, take a look…

Do you know this trick to easily dice avocados? Slice them in the skin! 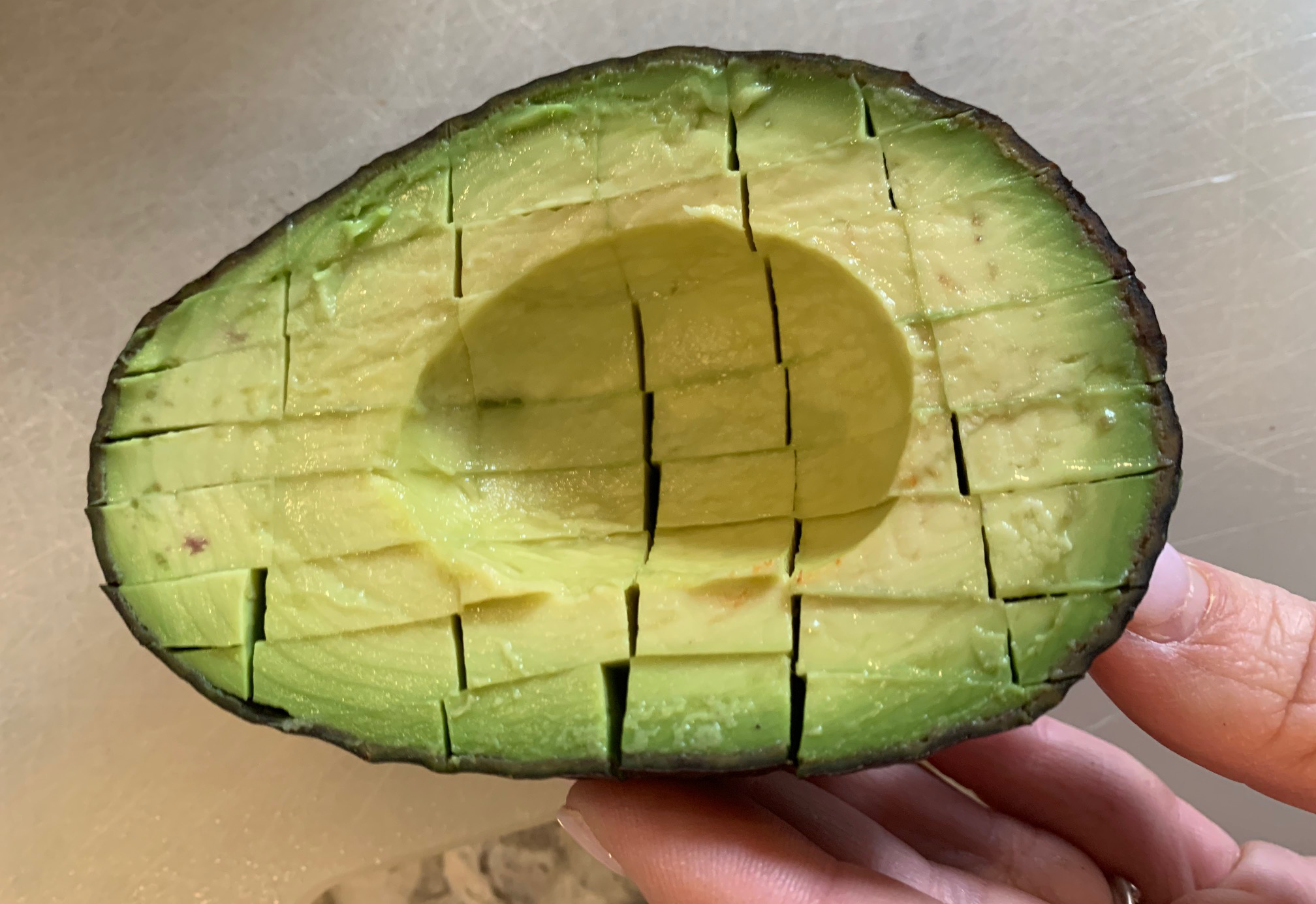 Then use a spoon to scoop them out and into the bowl. 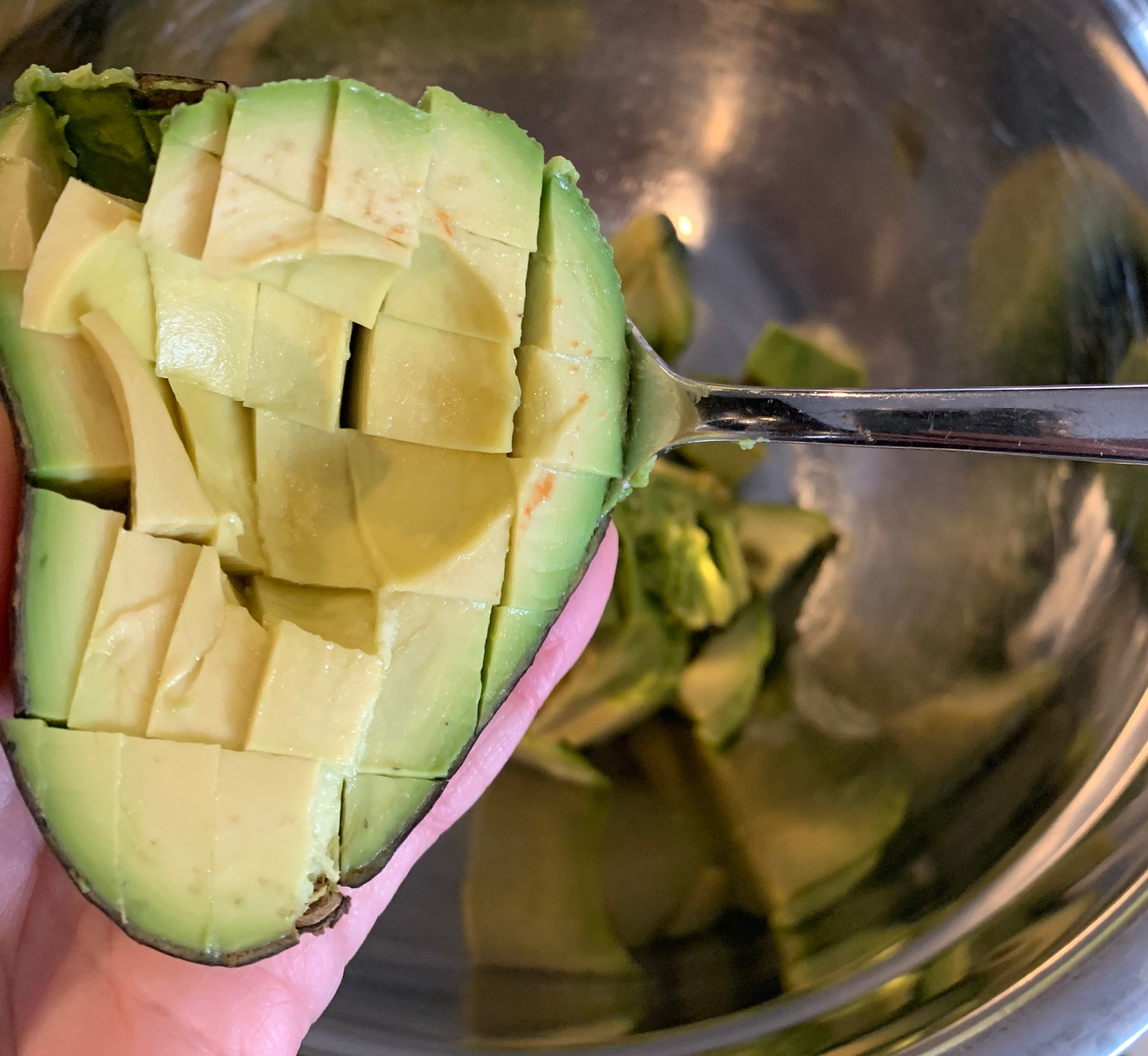 You’re going to leave them chunky. 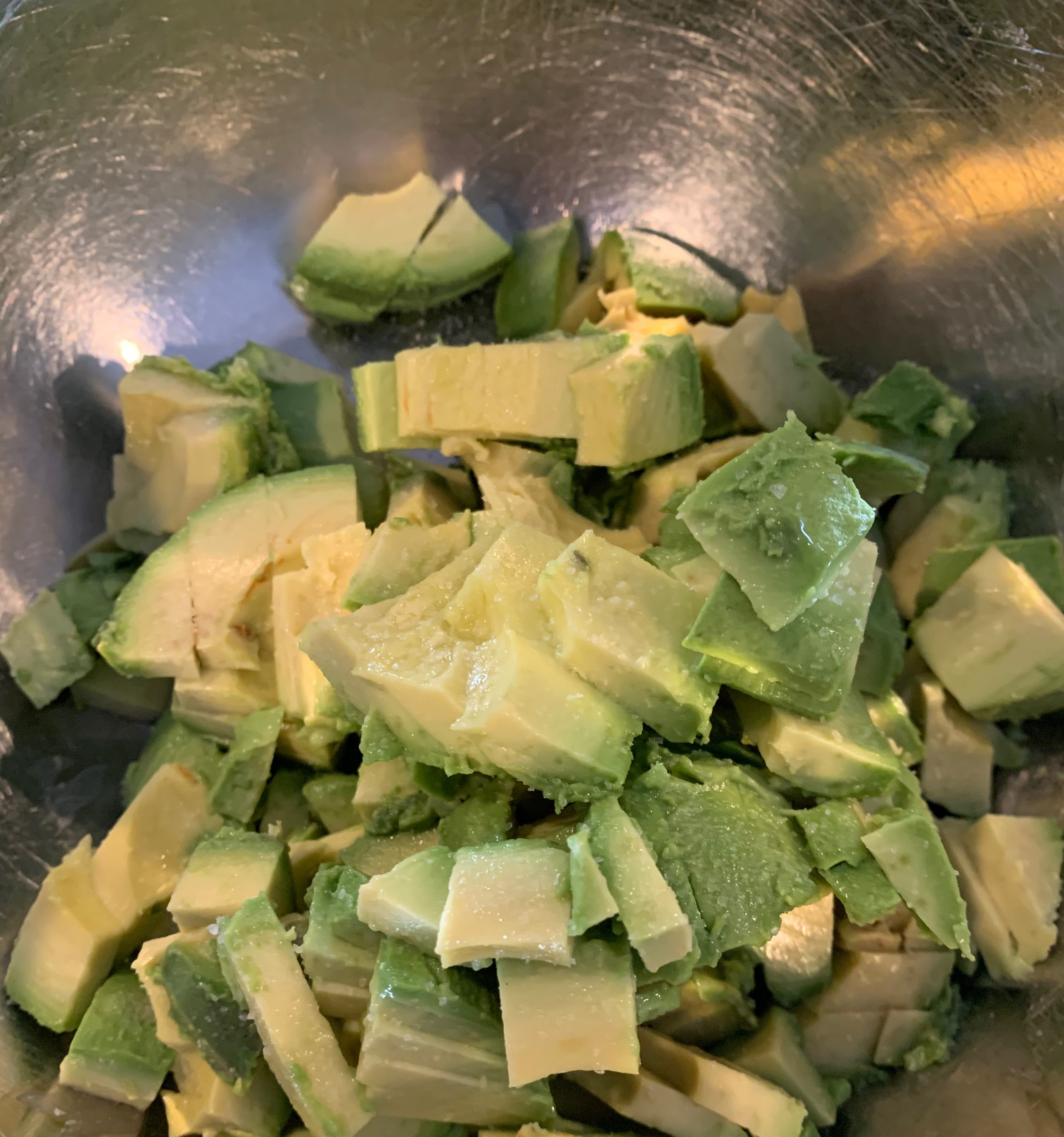 I chop the onions very small, not quite minced. But, since the onion will be raw, and nobody likes to eat huge chunks of raw onion, I do as small as possible. As you can see, I only used half of a small onion, but putting more in is fine–it’s your preference. Add to the bowl. 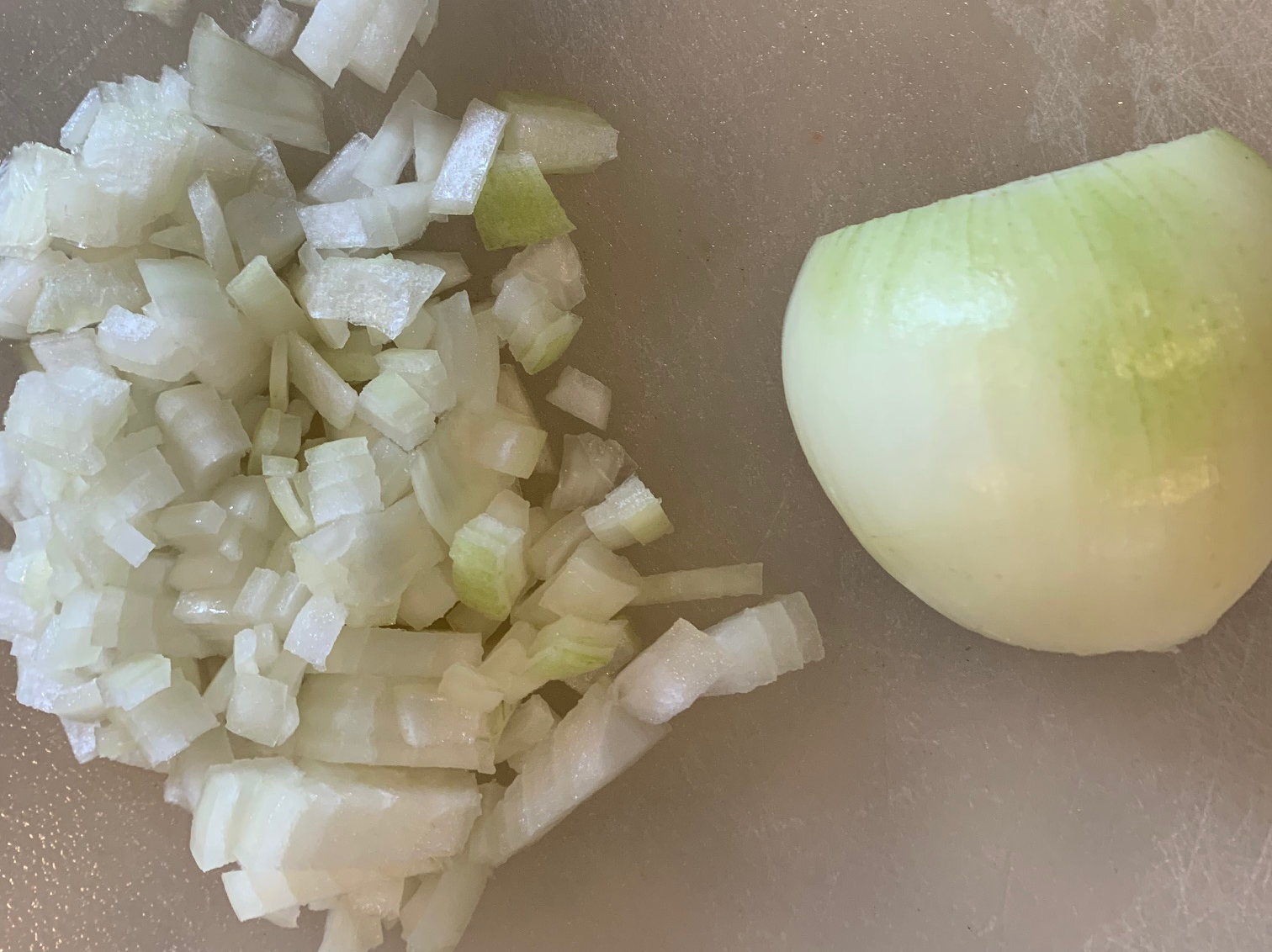 Chop the tomatoes to add to the bowl. 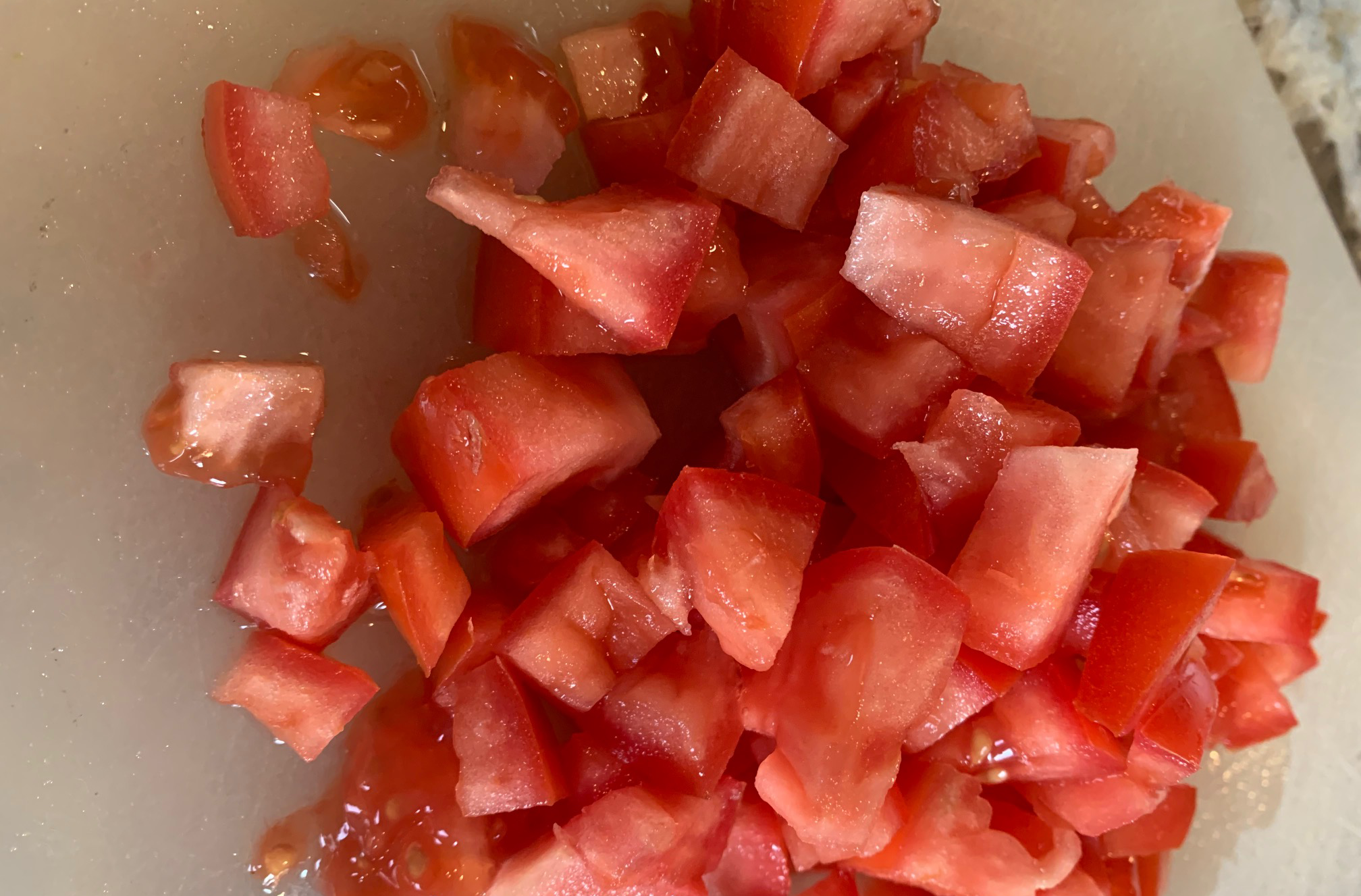 When all three are added to the bowl, add the salt, and stir. It’s time to make the dressing!

You’ll want to mix the olive oil, Red Hot and mayo in a small bowl to combine to a smooth dressing. You can use a whisk to mix it well, if needed. Pour it conservatively over the salad. You probably don’t need all of it. I tend to over-make so I can use as much as I need. The best thing about this guacamole recipe is that you are free to adjust the ingredients as needed, and it will still be delish! 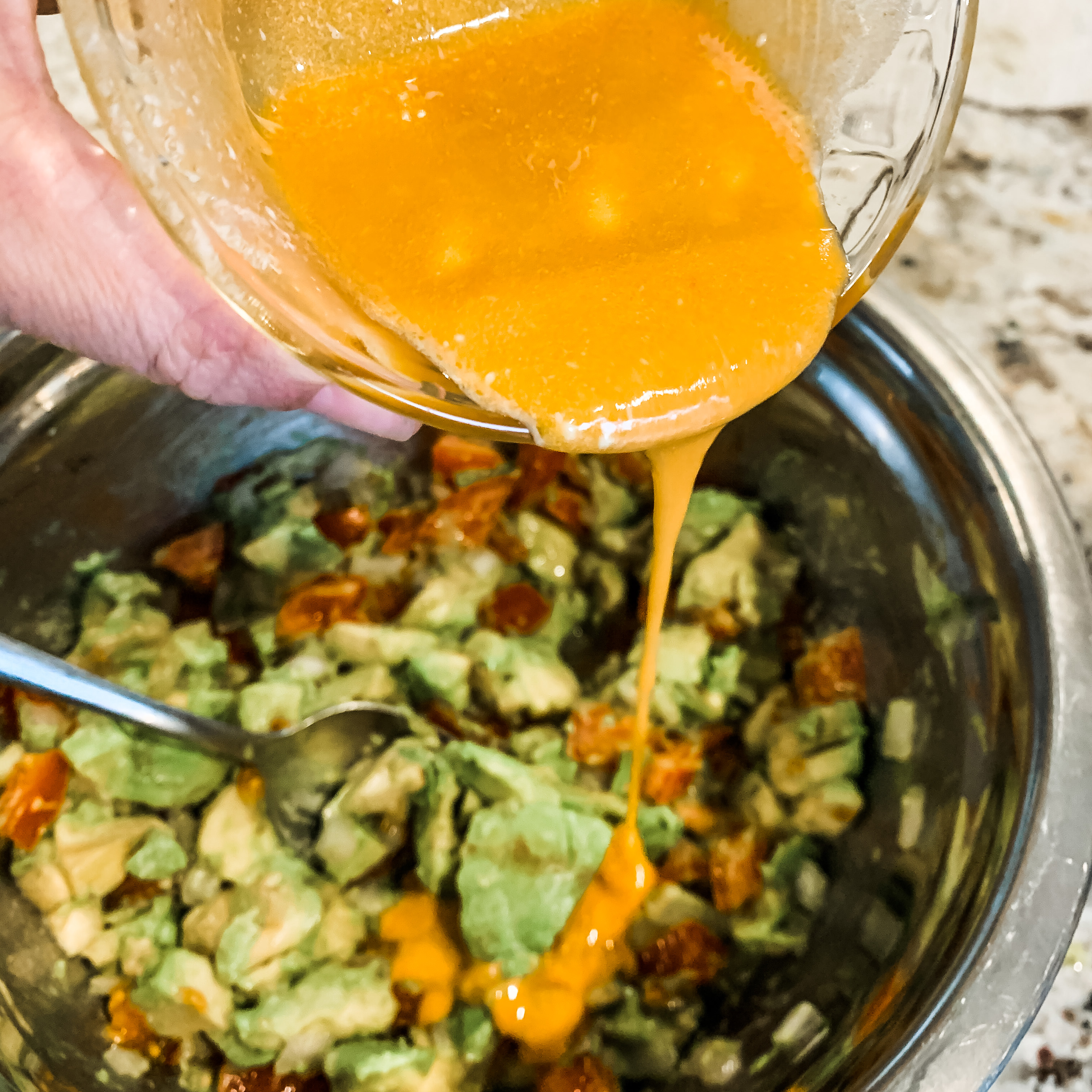 Then you’ll want to squeeze your lime juice in. 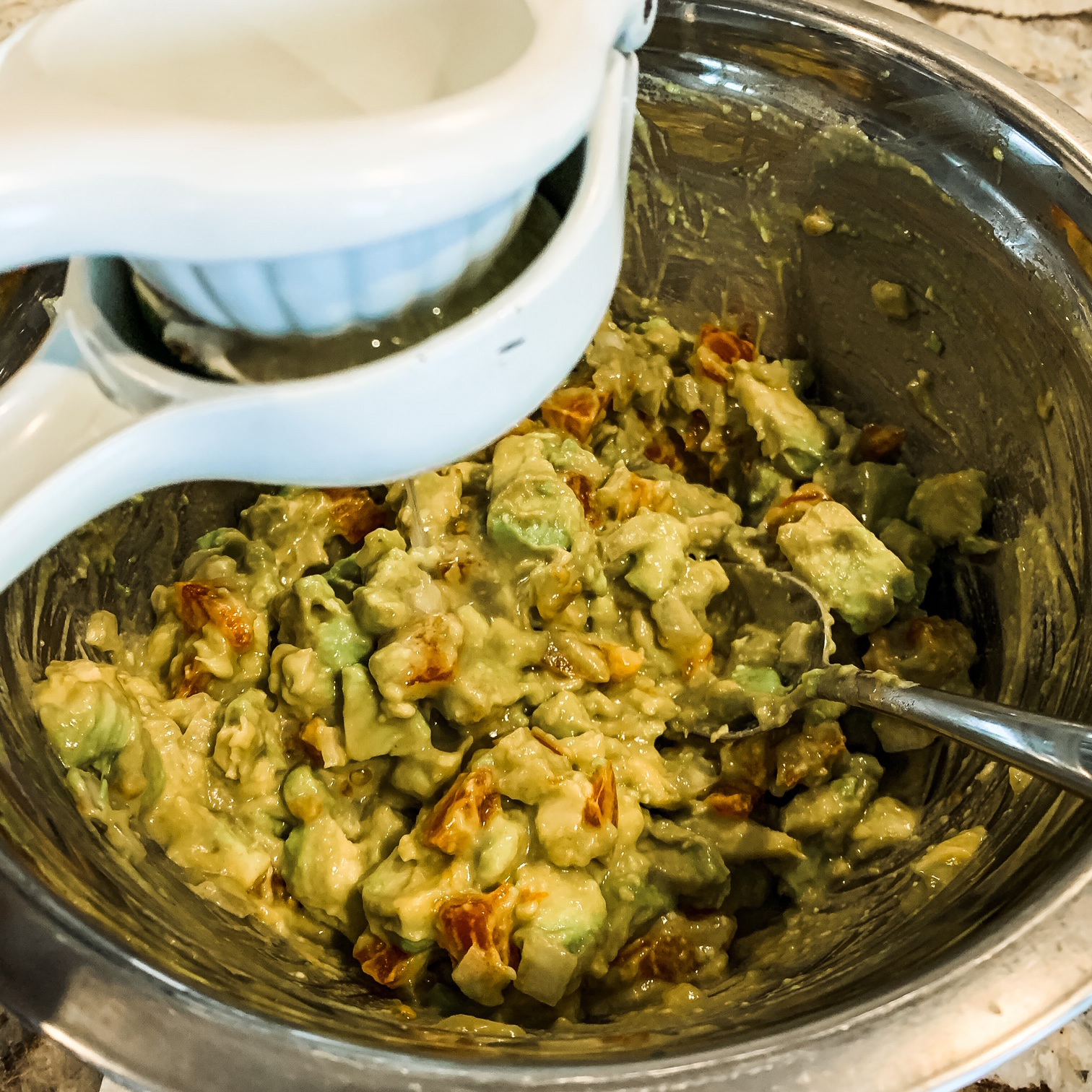 This is also where you would add cilantro if you have it. I don’t think we had it around the day I made this–the off-season is tough, so if I can’t get it off our Vertical Garden, chances are, we’ll have to go without. And, you know I don’t chop it anyway!

Stir it up well, and enjoy with chips, on your tacos, or just a spoon. No judgment here.

We’re Fostering a Puppy! How to Prune a Dracaena Plant (Dog Version)