How to Prune a Dracaena Plant (Dog Version)

“Mommmmmmm!!!! Koko is EATING your plant!” The kids came rushing outside to tell me. I got there just in time. Koko had ripped our poor Dracaena Plant out of its pot, but beyond a chomped leaf, suffered no other damage. A couple days later, it wasn’t so lucky. In the end, there’s a silver lining–so keep reading if you want to get to the happy ending.

Dracaena Plant: The Start of It All

To begin with, this little detour has led to a few epiphanies. Did you know that Dracaena is actually pronounced “Druh-see-nuh” ??? I’m a bit embarrassed to admit–I’ve been pronouncing his name wrong all this time. I am–after all–a bit of a pronunciation snob. On to the next–I realized that this particular plant is one of the first I owned as an adult, the first one lived with me about 15 years ago. But, in a purging rampage, over a decade ago, before moving across the country and downsizing to a condo in KCMO, I re-homed the original.

Three years ago, after spending countless hours gardening, I decided to try to bring one of my outdoor plants inside. It happened to be this guy. It was the start of my present day plant addiction. He’s been moved from room-to-room and pot-to-pot as he grown and the house has changed. But, he’s always happy. Honestly–one of the easiest plants to own.

Just a couple days after the first incident, it happened. I heard a rustling in the dining room. At first, I thought it was the kids leafing through some papers. Then, I realized I could hear their distant voices behind closed doors in the playroom. I rushed over. There it was, severed on the floor, Koko scrambling away as I shrieked. 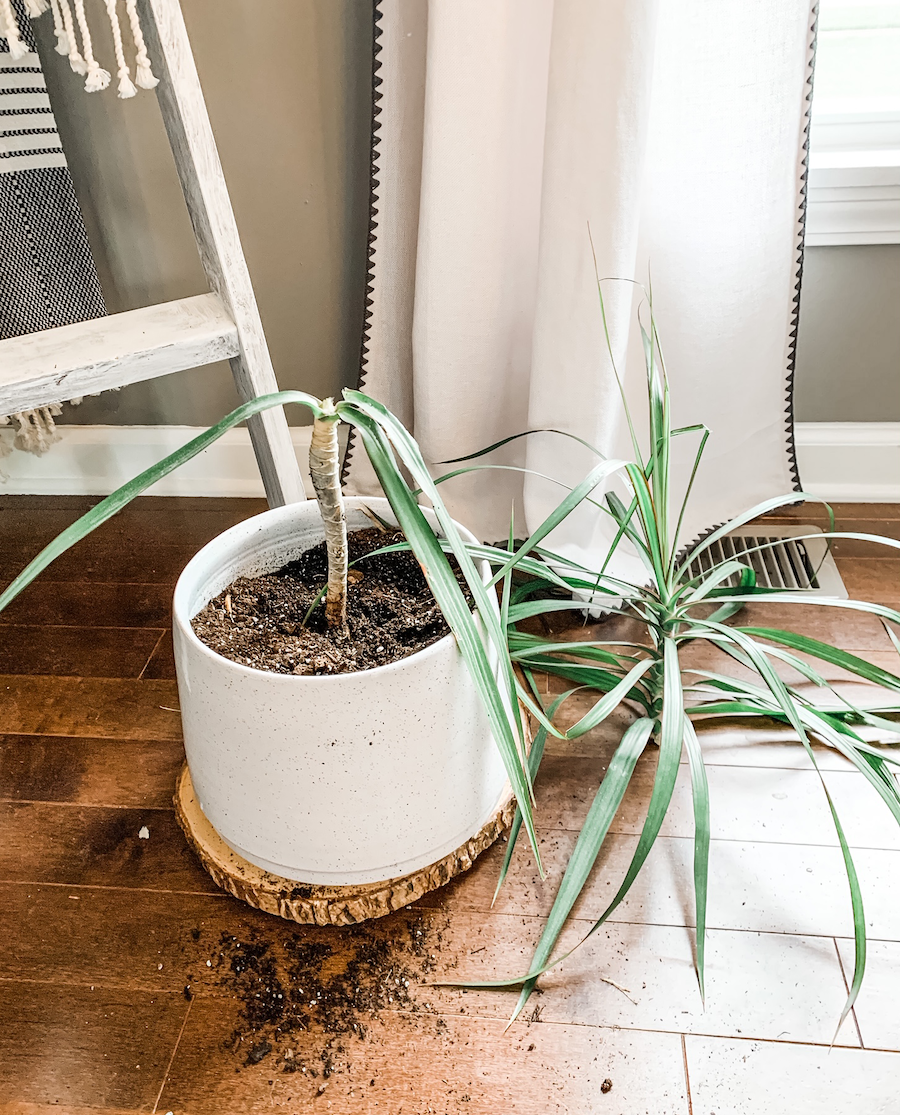 Hubs happened to be working from home, so, of course, I went to tell him the bad news. “Why don’t you just go buy another one?” His suggestion seemed reasonable enough, if you’re not a plant lover. We’ll forgive him for that. I explained to him that this had been our first plant in this home, and it wasn’t that easy to replace. So, I marched upstairs, found the remains lying on the kitchen counter, and I placed the “removed” top in a glass of water. Plants are resilient, right? Maybe I can bring it back to life…?

How to Prune a Dracaena

Turns out, after a quick google search, I learned that dracaena plants are normally pruned every couple of years. (How’s that for a silver lining?)  I found some very helpful videos on how to do this. Koko had kick-started the process–almost exactly how it should be done. Complete relief. If there was a chance my little guy could survive, I had to try. 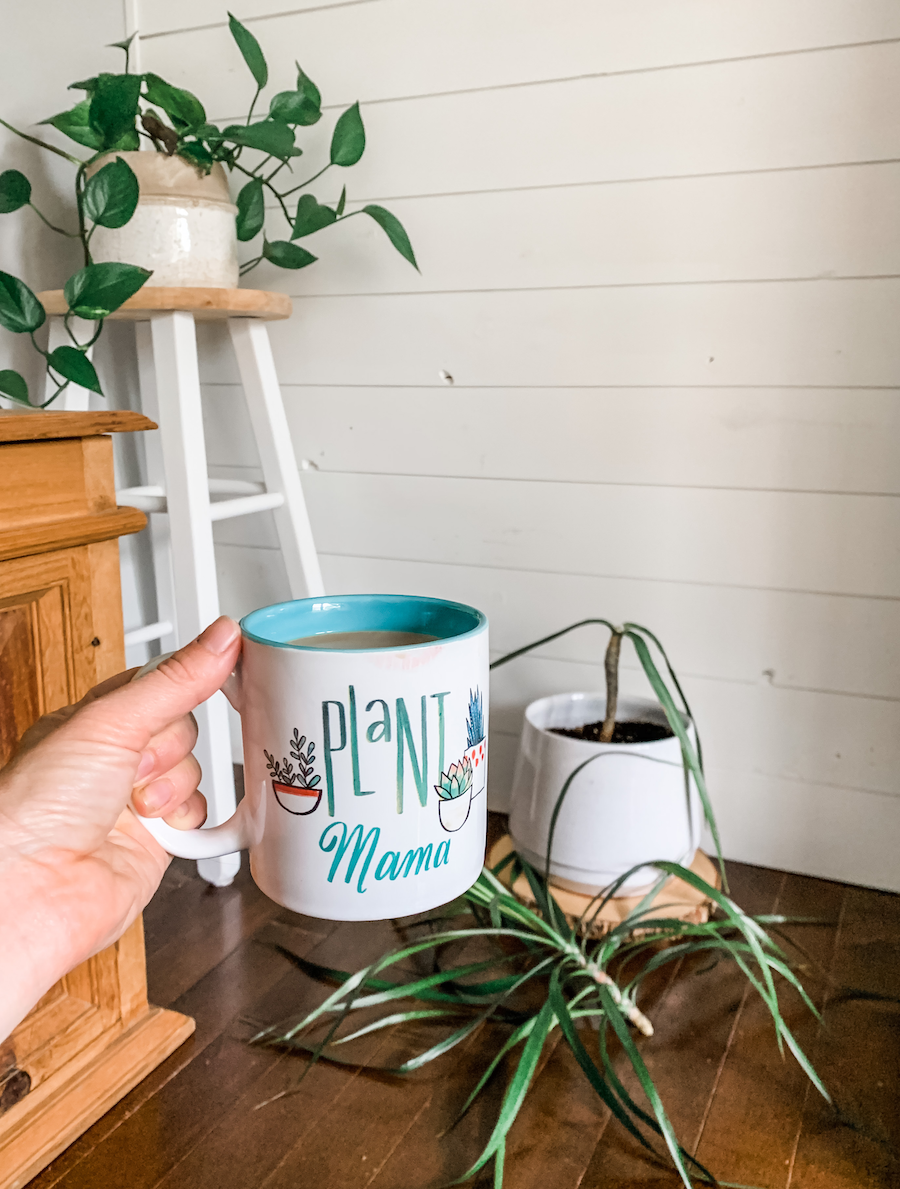 I found an open spot in the corner of the living room, made myself another cup of coffee, found the best clippers I could, and got to work. I was able to leave the bottom half of the plant right where it was, just chopping off the very top for a clean cut. 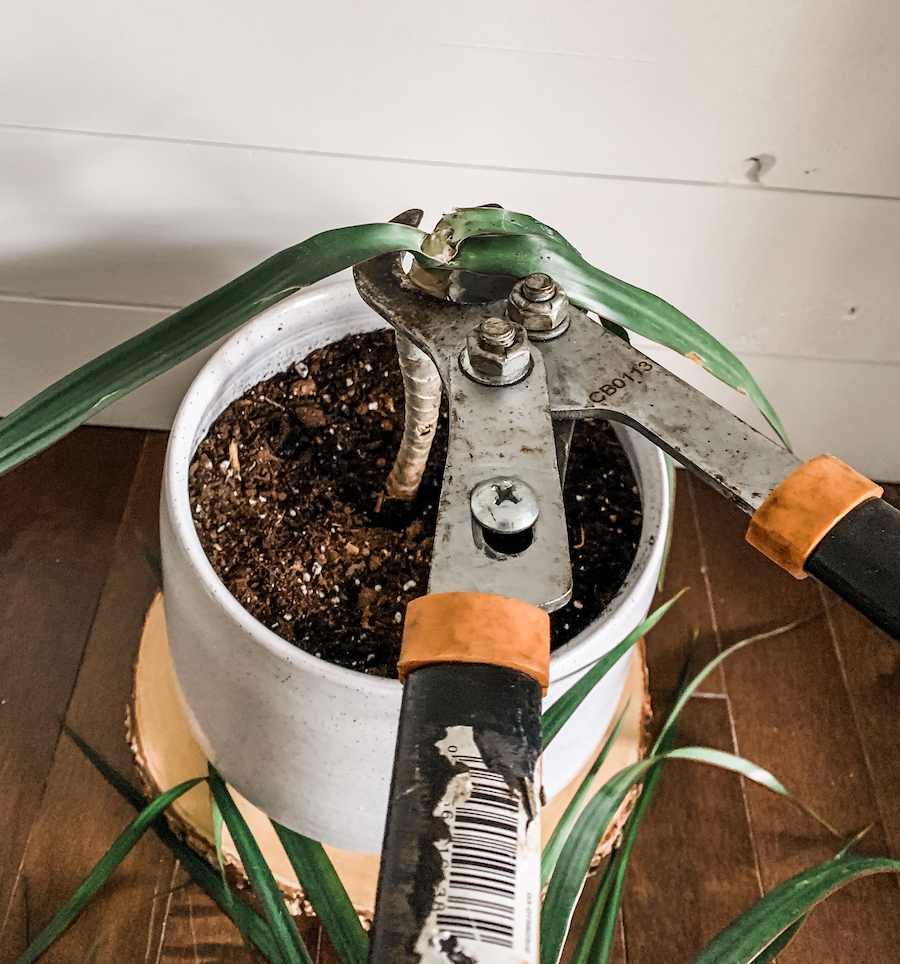 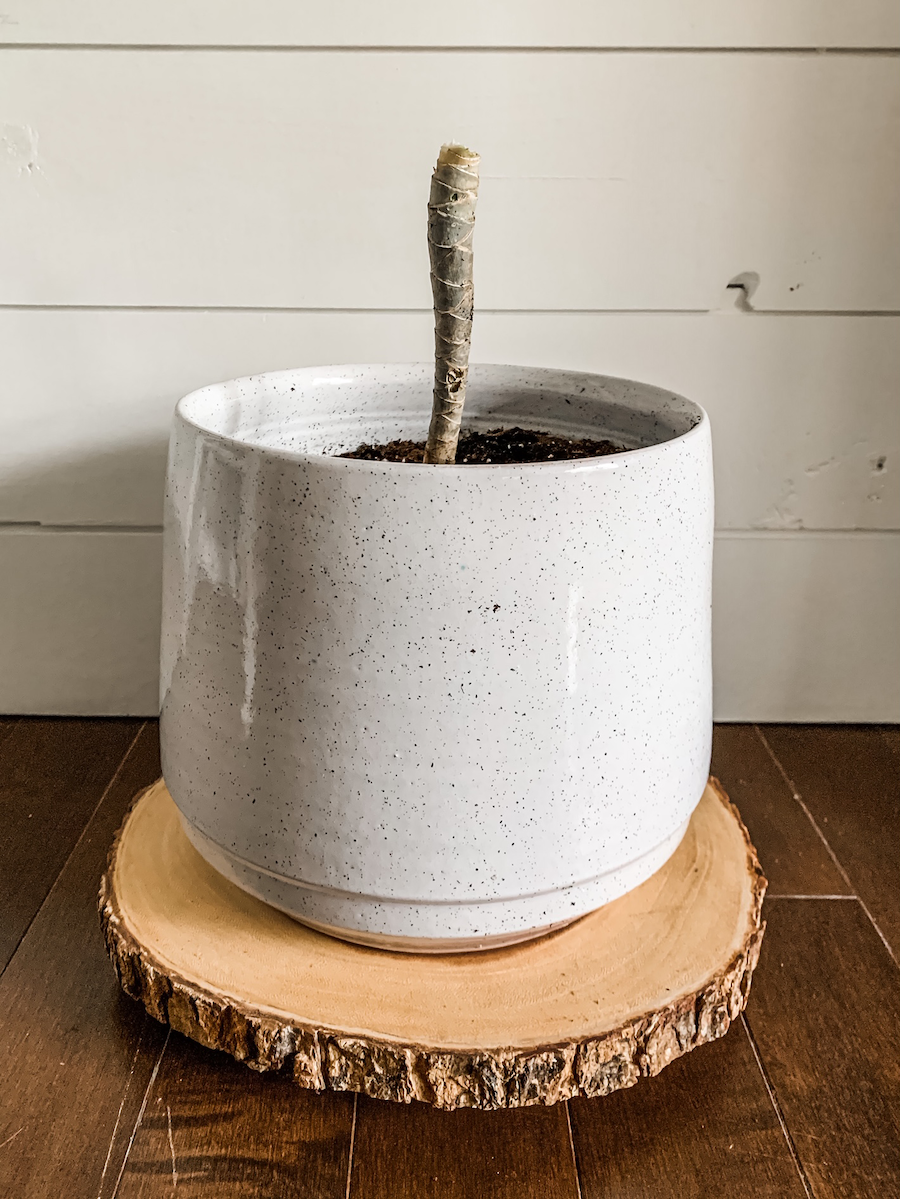 The top was the part that made me wince a bit. Even though I know that it’s ok to take leaves off of plants, when the plant is healthy and thriving, it hurts a bit on the inside, doesn’t it? 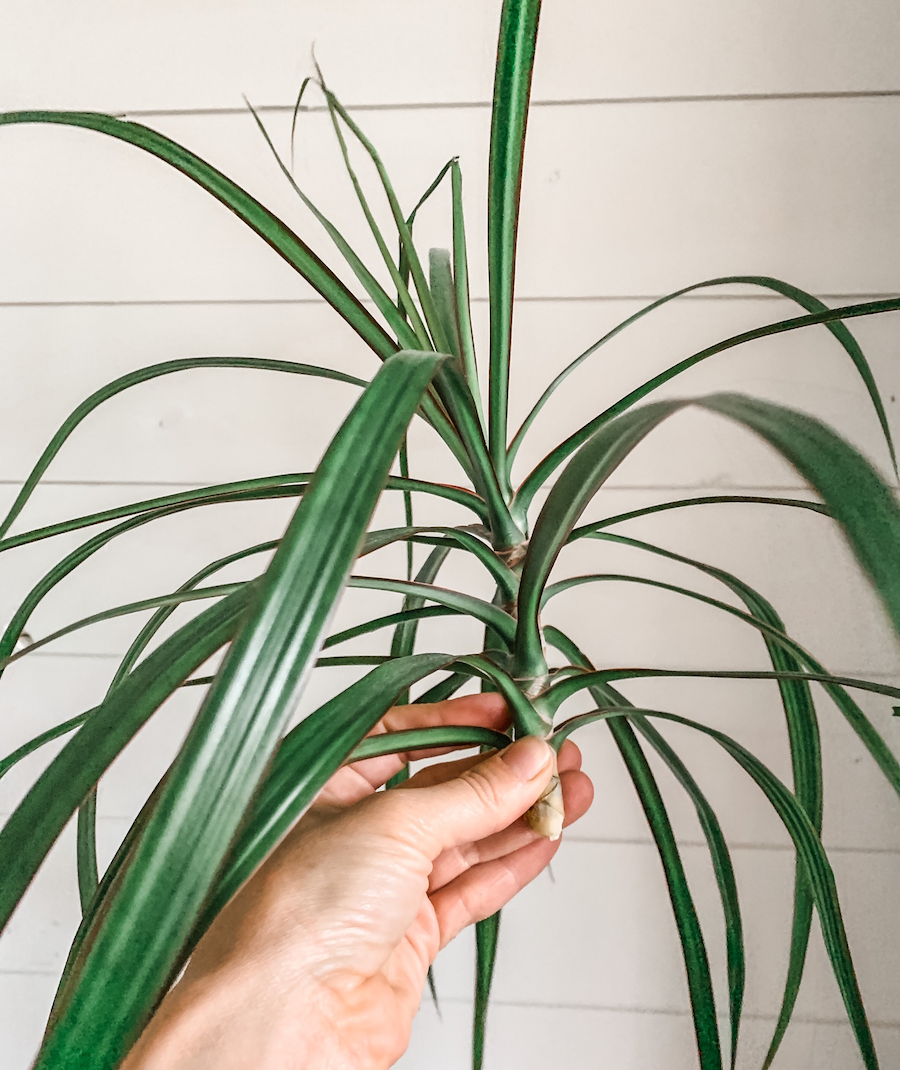 I took a deep breath and peeled just enough leaves off to make it about a hand-width stem, which is the explanation I saw online. 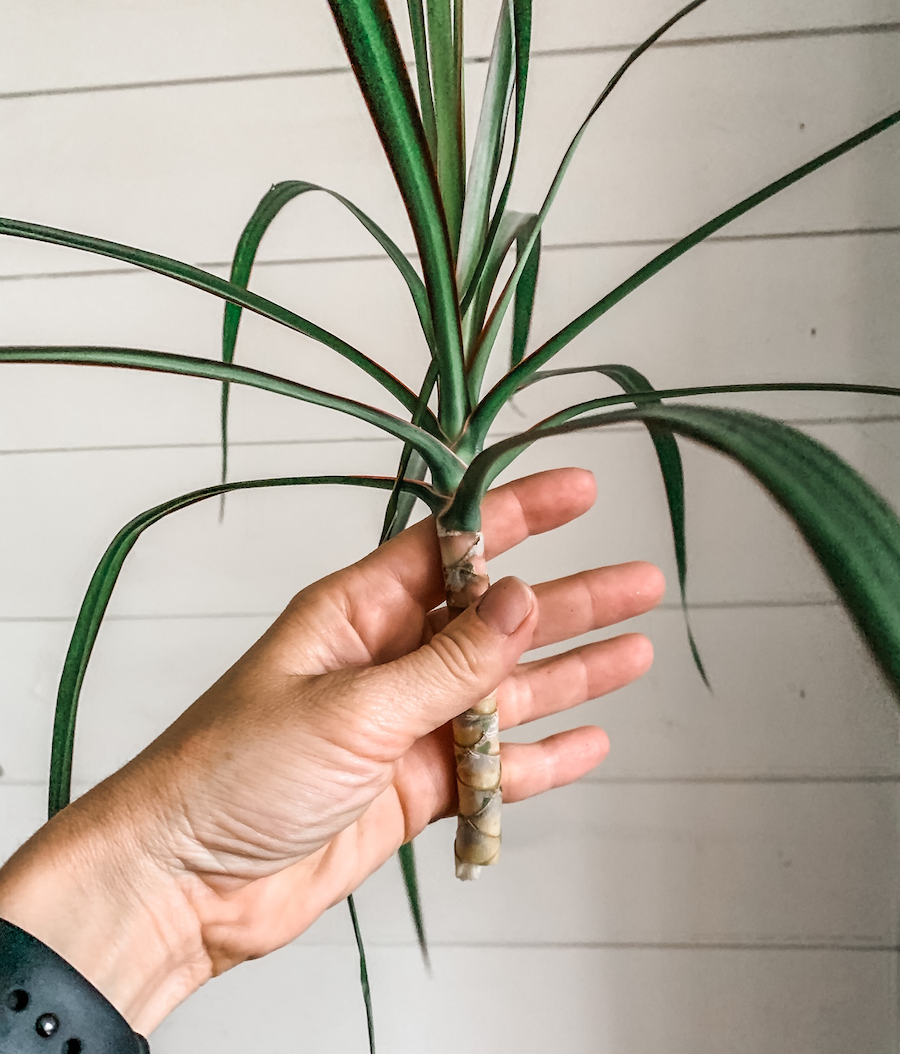 Then, instead of the break that Koko had caused, I decided to use the pruning shears to do a clean cut, as if I had separated it from the bottom part of the “trunk.” 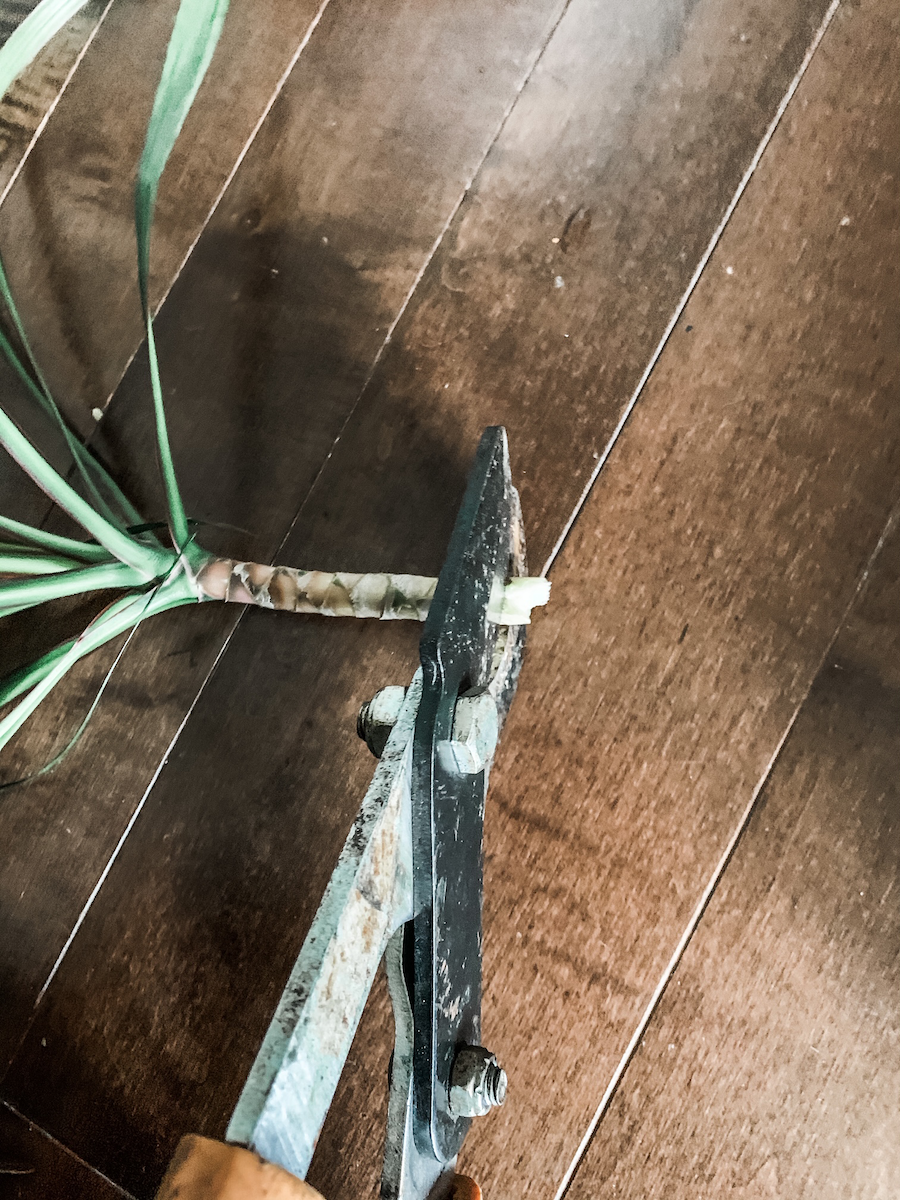 The advice was to just put the two pieces in the same pot as they continue to grow. Sticking it in to the pot, I said a little prayer, hoping for the best. Oh, and I put it out of reach of the pup. 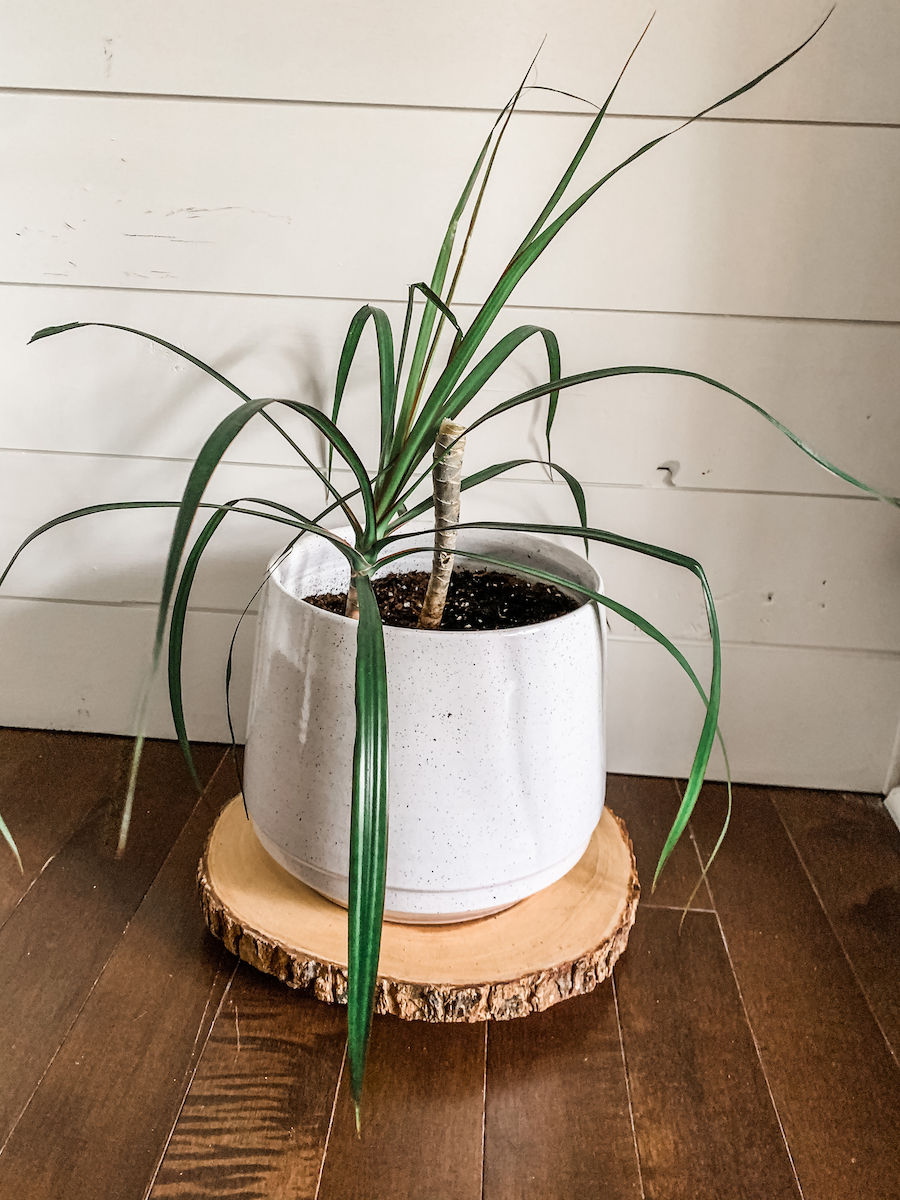 What do you think? Will it make it? Has this happened to you? Stay tuned for planty updates on Instagram!

11 of the Easiest Plants