It all started out so innocent. I just wanted to have one feature wall in white paint & the others gray. Is that so much to ask for???

The room is two different colors of blue. One is completely dark blue. Two have a light blue paint with the dark blue spilling over in the form of geometric angles. The final wall, not pictured, is just the light blue, but the small wall niche is painted in the same dark blue as the feature wall. 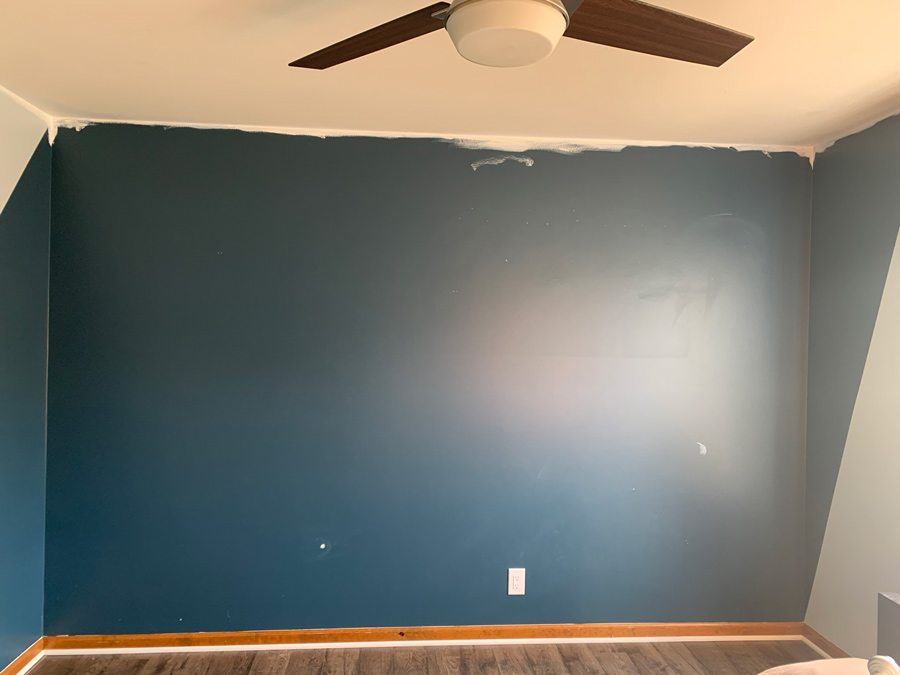 It’s about 18,000 steps from beginning to end. But, if I had to sum it up, this is what my checklist for painting over blue walls looked like:

Of course, this was after I cleared a lot of “stuff” out of my way, moved furniture, removed any wall and ceiling hangings, patched holes, sanded patches, cleaned ceiling and walls…phew. I’m tired from just typing all of that out. 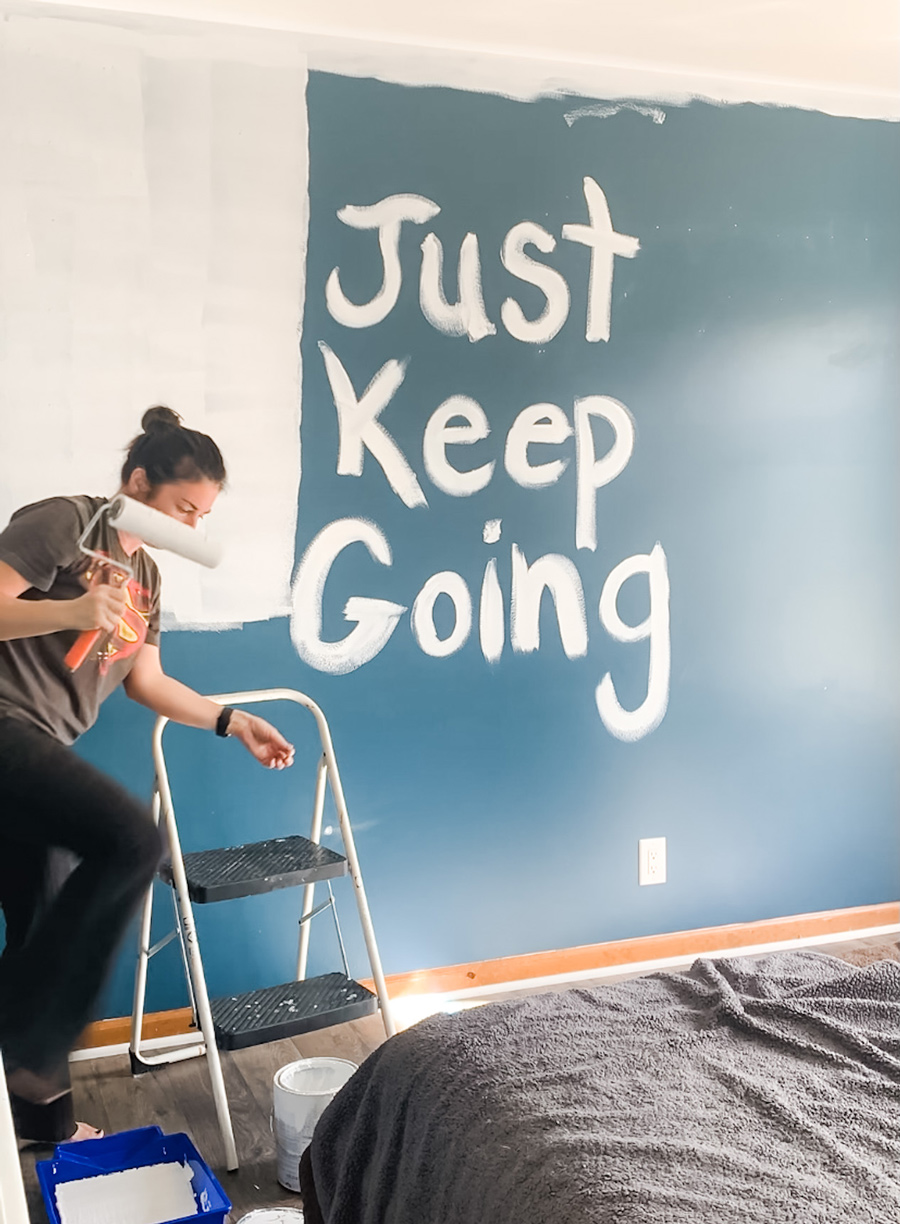 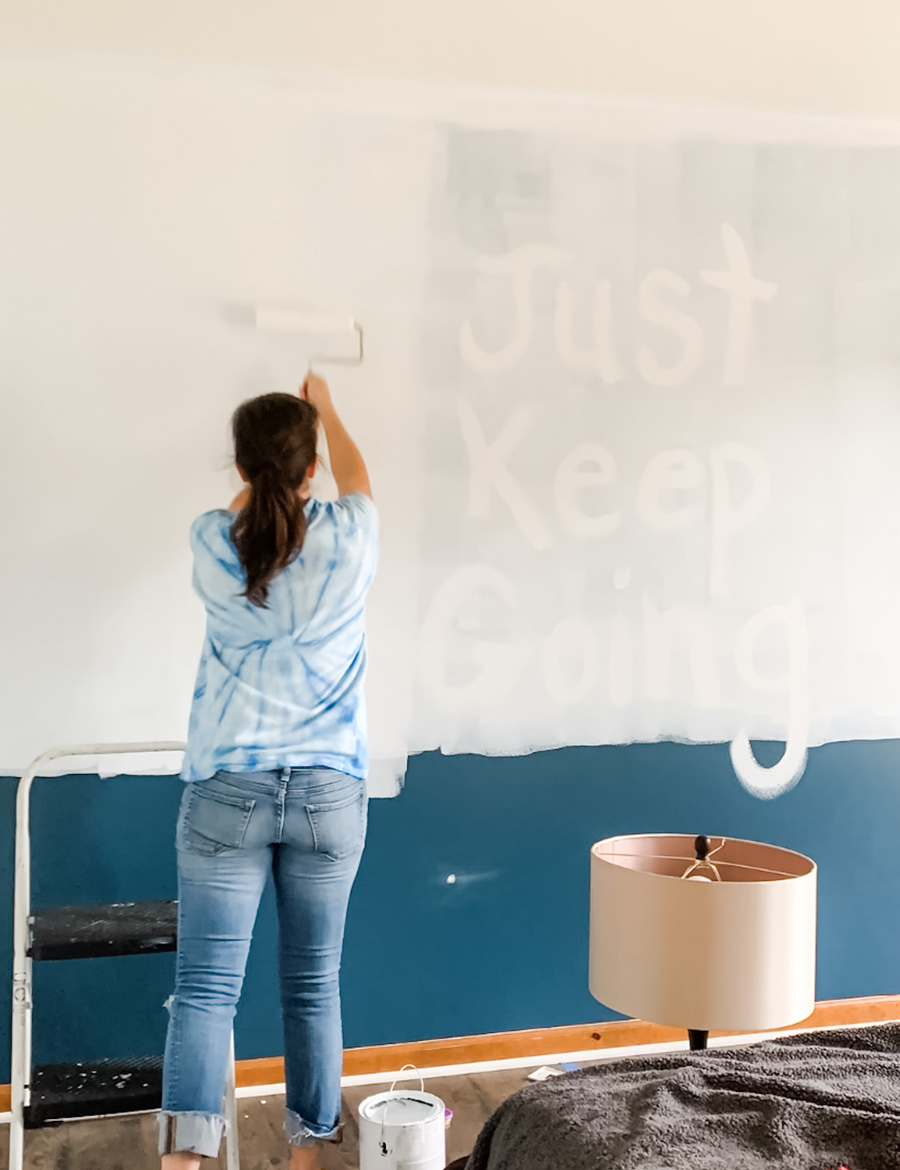 The other three walls were primed–from top to bottom, including the trim. The dark blue portions of these walls required two coats of primer. But, because the plan is to have them gray, I wasn’t nearly as worried about covering it up. The white feature wall? I ended up edging three times with the white paint, on top of the three coats of primer/paint that were already there. 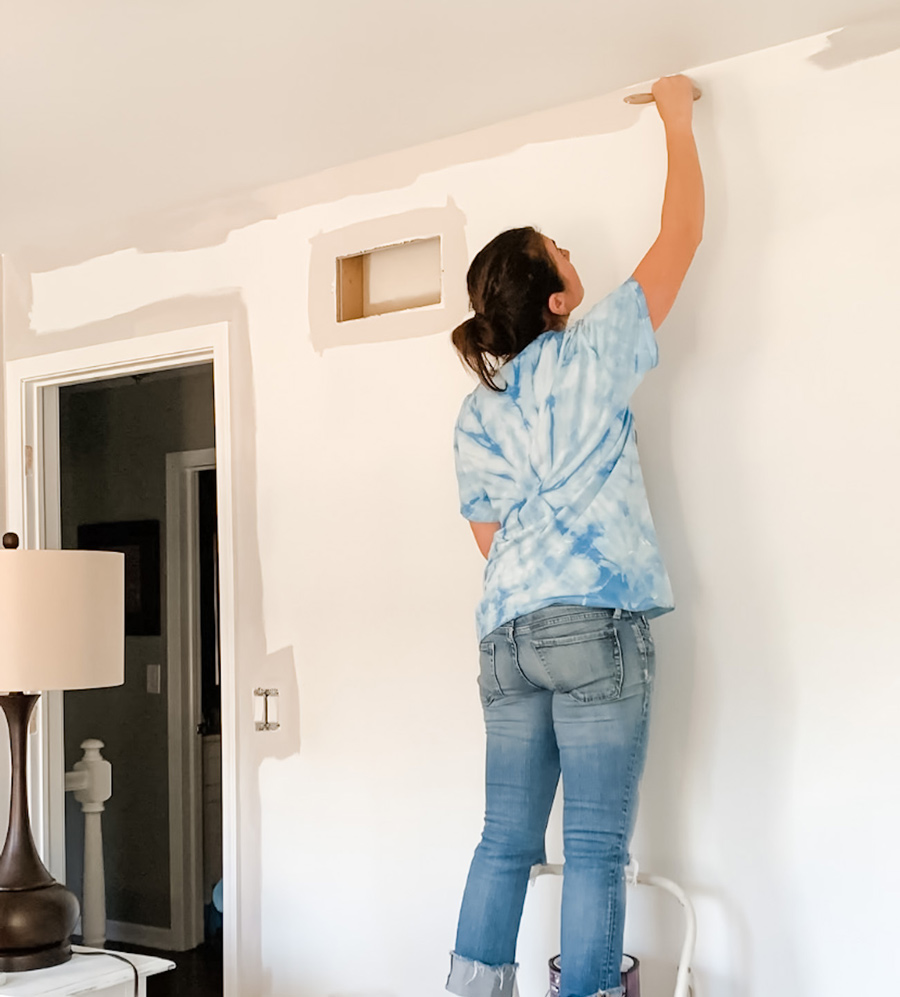 The first coat of gray went on all in one day, from the start of edging, to end of rolling. It was dark when I finished, but it was DONE! 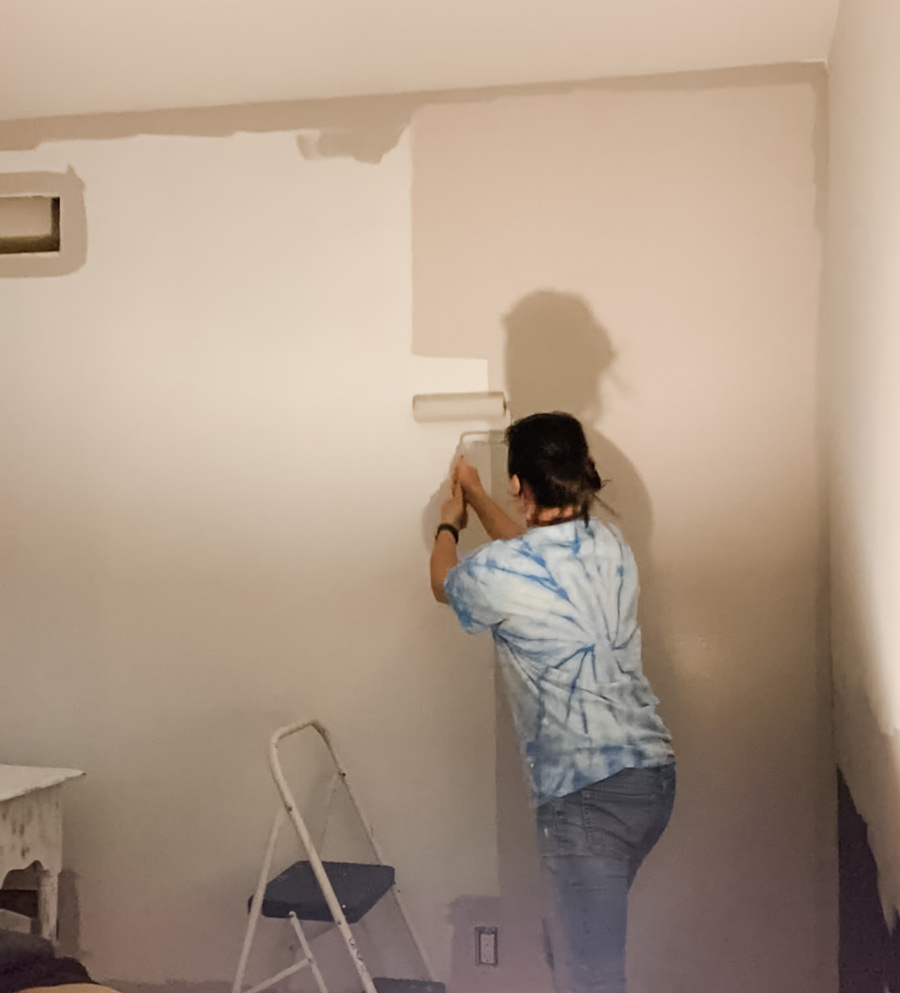 This color looks more almond–especially when wet. But, this is the foundation color of our main floor, and it dries a beautiful, light gray. Color is Silver City by Behr. 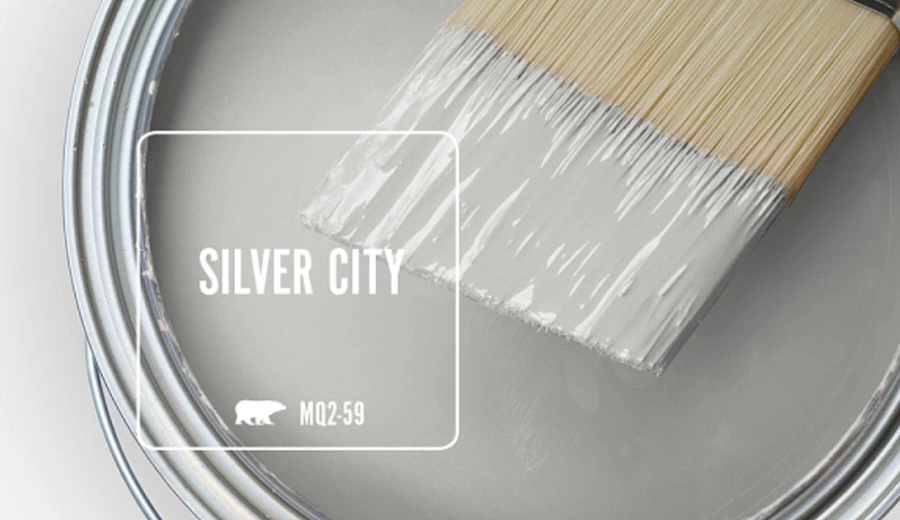 Catch up with me on Instagram as I start in on the “much more fun” projects that I have in store.

If you’re thinking you need to paint the ceiling, JUST DO IT. Ours hadn’t been done in 8 years. Ick. They were so yellow once I started painting white. 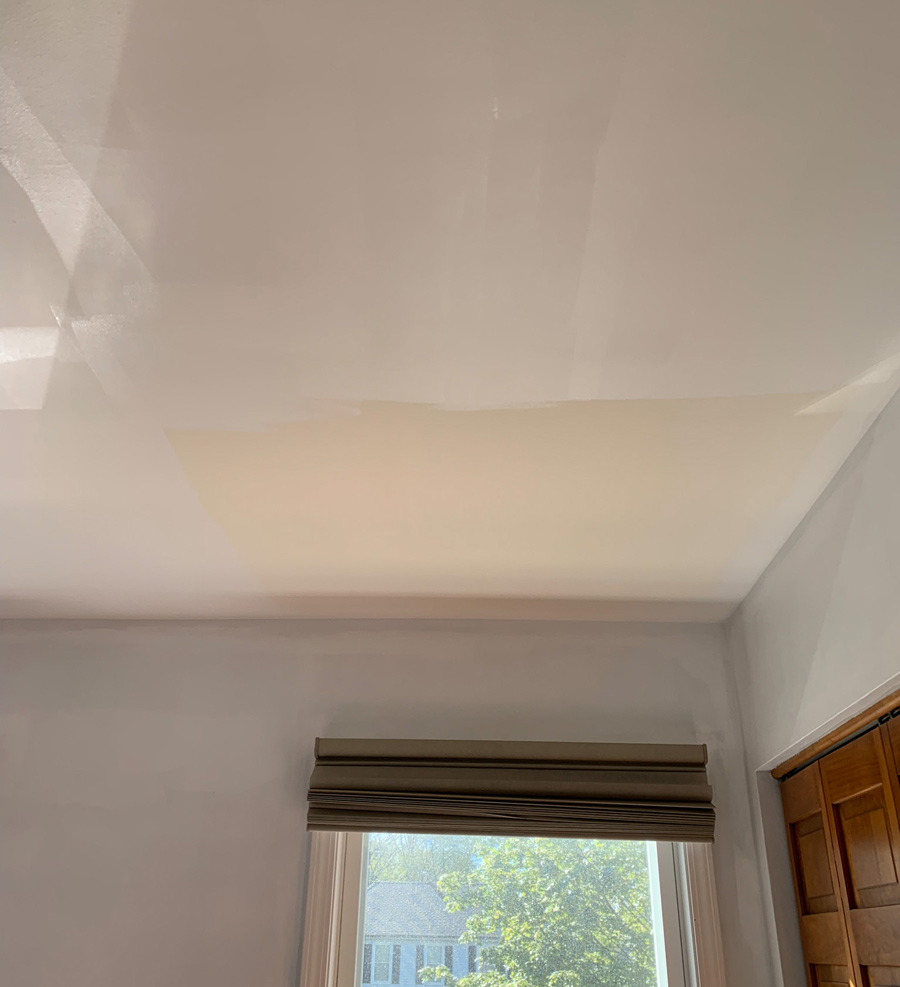 If you’ve got ONE room that still needs to be tackled–things like wood trim, wooden doors, etc. GET STARTED. Honestly, it’s exhausting. But, once I started priming, I was so baffled as to why it had taken me so long. It looks so fresh once it’s done. 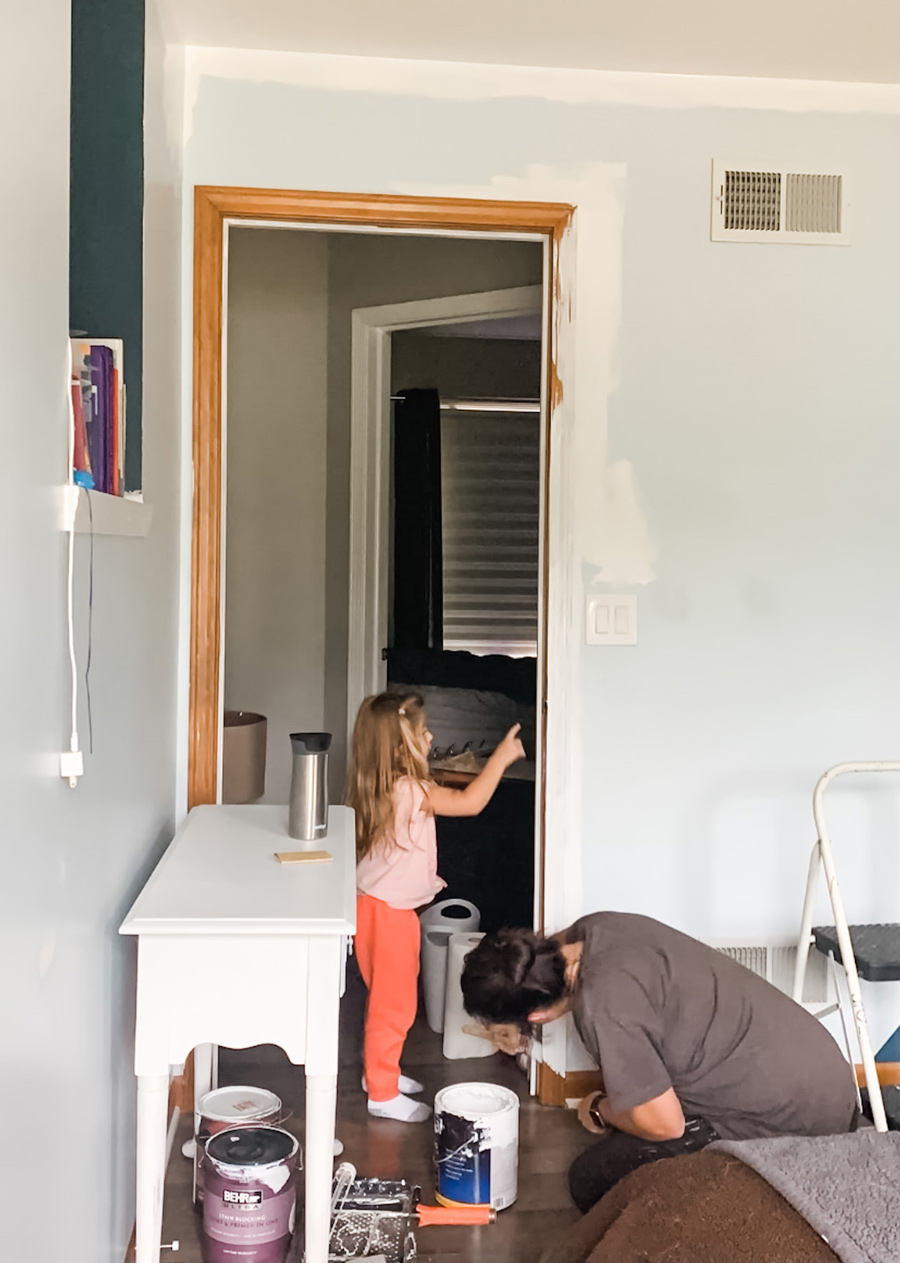 A Dresser Makeover: No More Orange The Tribal Wall Stencil

How to Shiplap Around a Door Frame